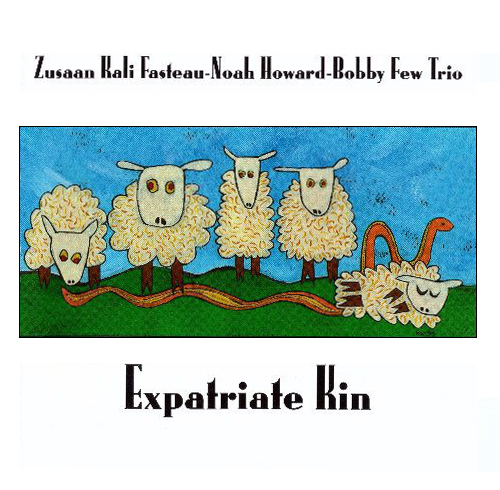 Producer’s Notes
The first day of any season is an occasion of private celebration for me and, in 1997, the first day of Spring held a special promise: the opportunity to document the artistry of 3 distinct musicians whose work I have long enjoyed. The anticipation of inspiration was enough that it motivated us to leave our beloved sonic heaven, The Spirit Room, to search out a space with a suitable piano. Pianist Joseph Scianni (CIMP 1 22, 1 30) had told us about the Tedesco Studio, where he had recently helped choose a Steinway suited to his very discriminating standards. So we booked the room and ventured forth. Kali Fasteau first came to my attention through her 1 974 collaboration with multi-instrumentalist Donald Rafael Garrett on ESP Records and then their later documentation on Red Records. After some 1 3 years of world travel and absence from the general scene, she re-emerged in the United States and began issuing recordings on Flying Note Records.
Noah Howard also first came to the attention of the public at large in recordings from 1966 on ESP. Noah was part of that vital and distinct New York Free Music scene of the I 960s. As with many of his contemporaries, he left the United States and followed a familiar journey to Europe where he found a more receptive environment for his art. From Europe came a number of interesting releases on Freedom, FMP, SAJ, Sun, Ame rica, and Frame Records, some of which include Bobby Few as his pianist.

Bobby Few was born in Cleveland, Ohio in 1 935, but came to the attention of the world as an artist living in Europe. And though he recorded on a number of American labels (Blue Note, Impulse, etc.), with artists such as Booker Ervin and Albert Ayler, all of his self-led sessions are on European labels (Sun, Freebird, etc.). This session, I hope, will mark the beginning ofinterest, in America, of this native son.

It’s a bit ironic that these three artists, all of whom had to go outside the USA to find part .of their artistic center or base, have recorded together for the first time on bn American label. Sounds like a good idea to me. After the recording of ‘Expansive Thoughts, Kali remarked upon the changing volume of the sox. I commented that this was a natural dynamic of the group and their musical statement/conversation. It again reminded me how we have become accustomed to a homogenized (safe) world: predictable, bland, and settling. Definitive statements, unequivocal opinions are viewed as disruptive, out-of-step, and politically incorrect – that is not what art of its own time is about. It’s about bold statements, often provocative. It comes from this direction or that. It is not about waiting its turn or setting a volume level. It is about seizing the moment. Sounds good to me. So here are the statements of the Fasteau-Howard-Few Trio. This is what they had to say on the first day of Spring 1 997. And it is reproduced, not according to some sound engineer’s idea of what that dynamic should be (through a shuffling of dials and equalizers), but is accurately reproduced through the trio’s presented dynamic. Sounds good.

Artist’s Notes
The three musicians here shared the vivid experience of the Paris music scene of the I970′s and early ’80s. A comraderie of exile, a rejoicing in our special gifts” a conspiracy of good humor, nourished our spirits and our work.

We would like to dedicate Expatriate Kin to the memory of our dear departed colleagues reedman Reverend Frank Wright and multi-instrumentalist Donald Rafael Garrett. Zusaan Kali Fasteau

Recording Engineer’s Notes
Experienced CIMP listeners will note that this date has a very different sound from our Spirit Room. It can !tpbe emphasized enough how important the room is to the ‘sound’ of a group, or even a single instru ment. We made the best possible effort to get the sound of this Qroup. I can only tell you that the sound on this disc is the same sound I heard in the room where the performance took place. Some of the tracks are just plain loud and dense. We have not altered the density of this performance in any way. In a world of homogenized sounds we feel that it is important to capture the essence of the moment as best we can. It is in that spirit that we present you with this music.

This recording took place in a studio not designed for our type of recording. Consequently, we had a difficult time getting what I generally hope to achieve sonically. However, the,end result comes across fairly well. Due to misunderstandings about what we were doing, unforeseen time constraints, and unfamiliar circumstances, set-up time was truncated, but we used our various talents and made the session work.

Noah moves around a lot in the vertical plane when he plays and Kali sort of draws circles in the air with her horn. These movements can be heard as tonal shifts in their sound and should be viewed as a way to ‘see’ their energy.

Kali is on the left, Noah is in the center, and Bobby is on the right.