Live at the Unity Temple 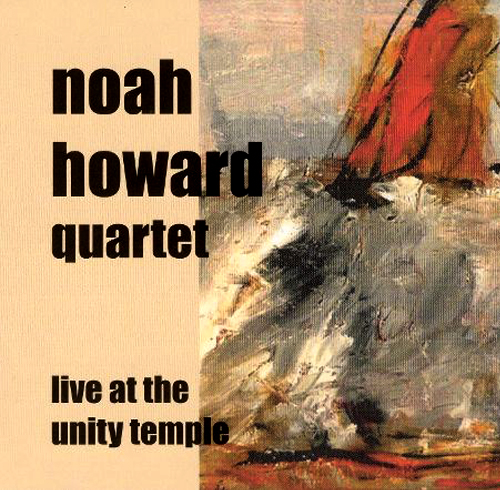 When the music organization “Annan Musik” in Norrköping, Sweden, booked Noah Howard and Bobby Few for a concert, we discovered that, this was going to be the very first visit to Sweden for Noah Howard. This CD was produced in order to prepare Sweden for Noah. The music is Noah’s and the song themes are well known like “The Blessing” and of course the rocky “Schizophrenic Blues” from other Noah Howard recordings.

Noah has a clear and recognizable sound on his altosaxophone and the tunes normally start with his singable themes and often reach high energy peaks where the Quartet sounds like a much bigger band. This is very much due to Bobby Few’s strong and pliable piano playing but the whole Quartet is very tight after playing together for a long time. The second set starts with a surprise; Noah on tenor (4).

Jan Ström I wish to thank the ayler team in Sweden for making this CD possible. I also thank the musicians in the group, Mr. and Mrs. Scott Black for all their assistance and our engineer Ken Christianson, Pro Musica, Chicago. This recording was born out of our first tour in the Mid West in many years and we were all very happy to be playing in Chicago.
The Unity Temple is a house of worship designed by one of America’s foremost architects, Frank Lloyd Wright and it is situated at OAk Park, a suburb of Chicago, Illinois
As we enter the 21 st century we send you all greetings for peace and love.